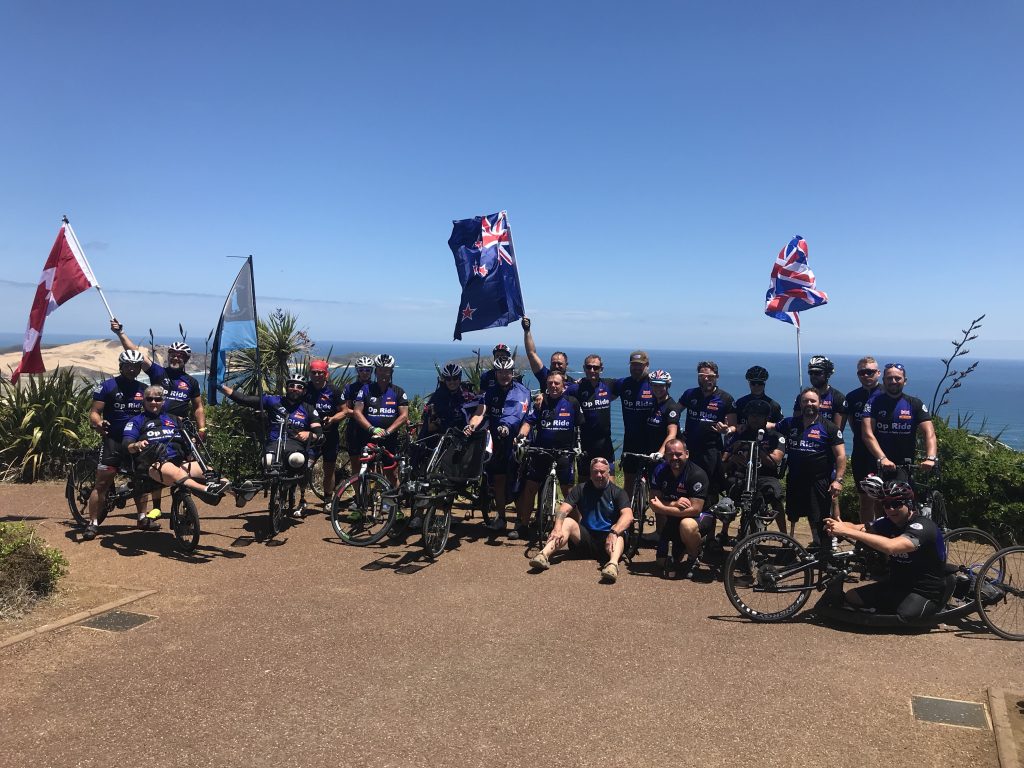 Eighteen injured war veterans from New Zealand, Canada and the UK have reached Cape Reinga after a gruelling 2546km bike ride from Bluff.

veterans — whose injuries ranged from double leg amputations to post-traumatic stress disorder — rode up to 160km a day on custom-made tandem bicycles with a hand-crank at the front and foot pedals at the rear.

Operation Ride was the brainchild of Pilgrim Bandits, a UK-based trust, which hopes to stage the event every two years.

The Kiwi riders included David Benfell, whose family hails from Whirinaki in South Hokianga and who broke his spine in a demonstration jump with the British Army’s parachute regiment

Most of the other New Zealanders taking part were injured in the Afghanistan conflict.

Money raised by the Kiwi contingent will go to the Soldiers, Sailors and Airmen’s Association of New Zealand, a charity set up by Benfell to support what he describes as the forgotten veterans of contemporary conflicts.

The riders reached the Cape at 1pm on Sunday after 21 days of cycling on unforgiving roads.

One of their two rest days was spent in South Hokianga where the veterans took part in Armistice Day commemorations and received a full Māori welcome at Whirinaki’s Matai Aranui Marae.

We use cookies to ensure that we give you the best experience on our website. If you continue to use this site we will assume that you are happy with it.OkPrivacy policy