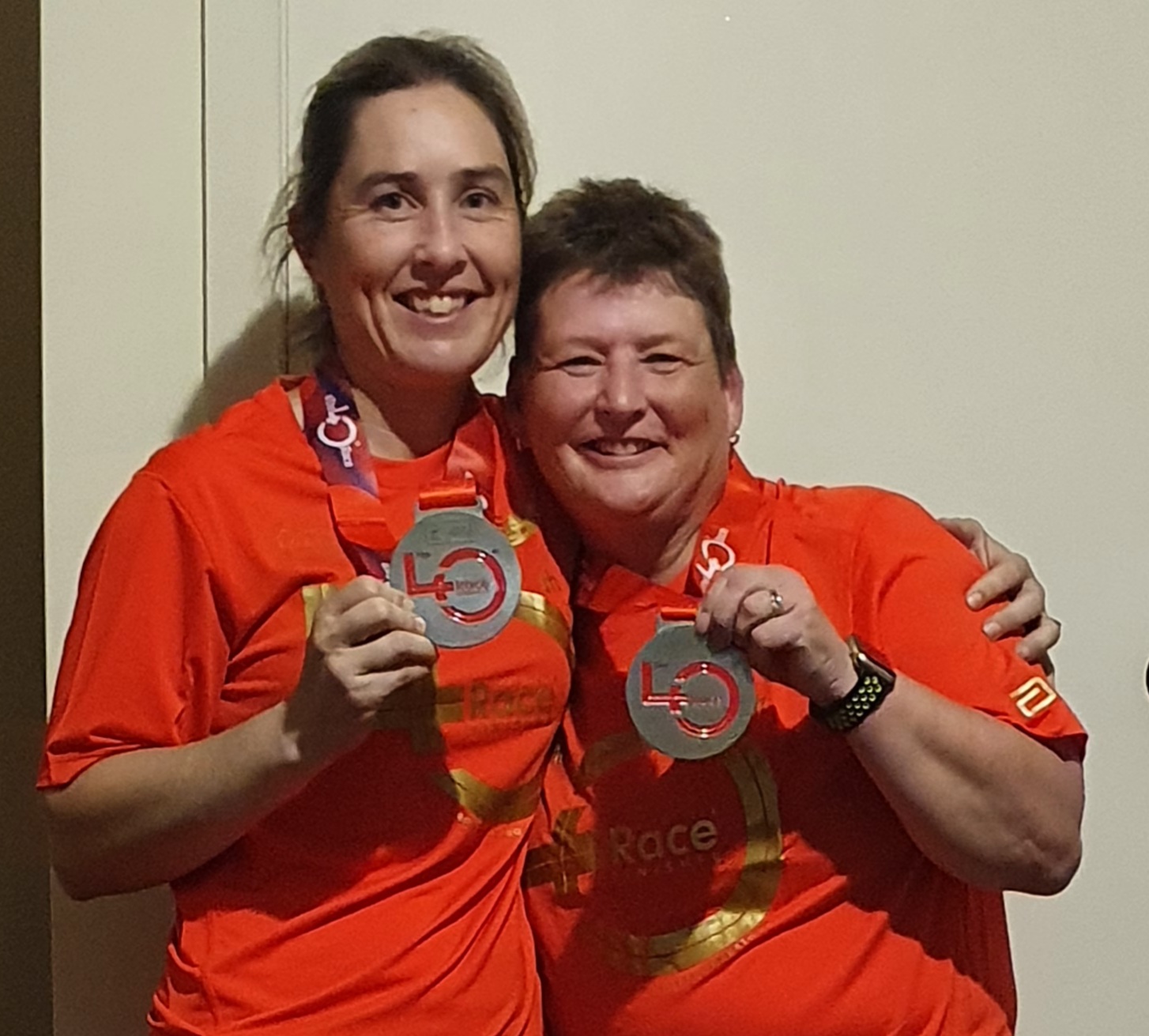 I was 16 when London hosted its first Marathon, I watched it live on TV as the elite runners, just under 8000 ran that day with Joyce Smith who was 43 yrs old crossing the line with the great American Dick Beardsley in 2hrs 10mins 02 seconds.
I joined the Army in Jan 83 and was stationed at Woolwich Garrison and was able to watch it and cheer the runners as they passed by the Military Hospital. During my time in the Army I did a couple of half marathons but never attempted the full 26miles.
On leaving the British Army I moved to New Zealand and joined the NZDF TF in Napier later leaving after being diagnosed with Gulf War Syndrome, a debilitating illness that effects the organs, muscles and brain, nervous system.
Mental Health issues followed along with declining physical health.
My love of horses was the only thing I found some normality, unconditional love.  I joined the New Zealand Mounted Rifles in 2015 which then lead to The Pilgrim Bandits where I found my place amongst fellow military personnel from various countries and services.  It was there I found what I was really needing, a place where I didn’t have to hide my PTSD and Physical impairments and where I was encouraged to participate in some great adventures and challenges.
In August Amy Baynes of the Pilgrim Bandits who is also a member of the Invictus Foundation asked me if I would be interested in doing the Virtual London Marathon in early September as it had been delayed due to COVID19.
At that time I wasn’t affiliated with the Invictus games but due to being on a War Disability Pension I was quickly enrolled and my application to participate in the Virtual London Marathon.
I had been doing a lot of shorter walks for various charities over the months prior, the longest being 23km I was as fit as I could be with the physical disabilities I suffer with.
On Sunday 4th September 2020 at 1200hrs I started my very first Marathon, there was a lot of apprehension, would I make the 42+Kms around Hagley Park in Christchurch?
With the help of a few friends joining me around the laps and a short break I finally finished my 1st full marathon.  It wasn’t anywhere close to the elite athletes around the world but I made it in 8hrs 26mins 32seconds. I could have stopped when things got tough but with my co walker Amy doing it in the pouring rain in Gore and my support team of Mark,Sam,Daisy,Thereasa and Jeanette helping me to the finishing line. ” knocked the bugger off”
I will continue to push through the physical and mental boundaries of my illness with determination and the support of my friends and family from the Invictus Foundation and NZ Pilgrim Bandits. “Always a little further”